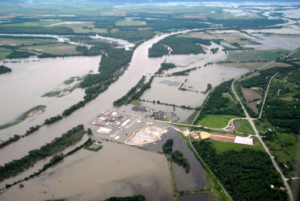 At ESSA, our scientists have been applying the mindset and principles of Adaptive Management (AM) for four decades in 40 countries, and we have studied climate change and its impacts since the 1990s – both in North America and internationally. However, to date, there has been little overlap between AM and climate change adaptation (CCA).

Having witnessed how climate change and extreme weather events make already challenging AM projects even more difficult, and observed that CCA plans have a much looser approach to monitoring and evaluation than more rigorous AM plans, ESSA scientists began to explore the idea of applying CCA principles to AM and applying AM principles to CCA plans. They then tested their ideas against evidence from five ESSA projects in the Russian, Trinity, Okanagan, Platte and Missouri river basins – each of which are concerned with restoring ecosystems and recovering species. Their ideas coalesced into a presentation delivered in June 2017 at a conference in Virginia and then matured into the article published in JAWRA. The essence of the paper can be summarized in two haiku: