A Tribute to Dr. Kim Hyatt

Remembering Dr. Kim Hyatt: Dr. Kim Hyatt passed away peacefully with his family and closest friend by his side May 25, 2021. 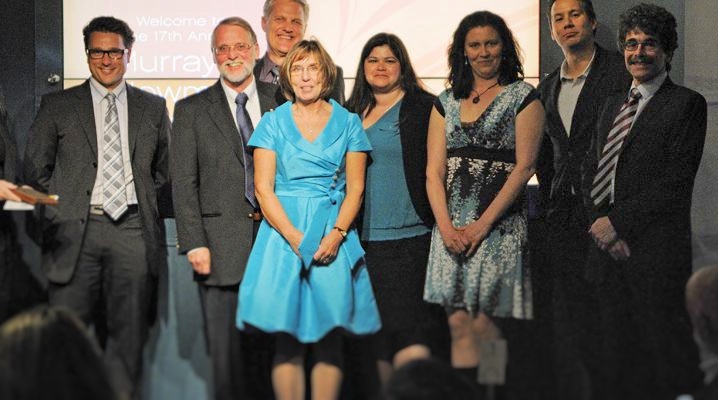 Kim worked on Pacific Salmon research from Alaska, Haida Gwaii, Skeena and Nass Rivers, West Coast of Vancouver Island and Southern Interior of British Columbia. He was at the forefront of research on the impacts of climate change on Pacific Salmon (https://youtu.be/bBY0kebUNE8).

ESSA has been privileged to work with Kim for over two decades. My own relationship with Kim began as a business relationship; a new client to a nascent consultant. That transitioned to Kim becoming an important mentor on our work together on the Fish/Water Management Tool in the early 2000s. A couple years later and it would be fair to characterize Kim as a dear friend. Kim and I enjoyed many belly laughs between 2002-2020 whenever we met in Kelowna, Penticton, Osoyoos, Skamania Lodge, Vancouver or elsewhere. August 2020, my two sons and I enjoyed a lovely visit, bbq salmon burgers and an overnight stay with Kim in Piper’s Lagoon (Nanaimo) on our way to a fishing trip. A warm evening walk on Kim’s beach and wide-ranging conversation. Of course, at the time, I had no idea just how precious that afternoon and evening would be. A reminder to never put off spending time with friends and family.

As noted in other well-deserved accolades and tributes for Kim, over the last four decades, his legacy of work at the Pacific Biological Station included studying the effects of lake enrichment which broadened to the study of salmon-ecosystem interactions, development of the Wild Salmon Policy, Nisga’a interim measures program, and sockeye reintroduction and recovery in the Okanagan Basin. Working with United States, Indigenous and Canadian entities, Dr. Hyatt was a key champion behind the success of the Canadian Okanagan Basin Technical Working Group and related efforts to expand the range of Okanagan River Sockeye and led improvements in real time water operations through implementation of the Okanagan Fish/Water Management Tool (https://youtu.be/2xTF7xMm-UY?t=455). Kim: “There isn’t a better experience that I have had working with people or solving fisheries problems than I’ve had on the Fish/Water Management Tool project. This is a phenomenal success story by anyone’s measure. There are very few examples where populations have been taken down to so few fish and within a couple of decades brought back from the brink.”

Kim was someone who had a unique ability to see the big picture and bring people together to achieve shared goals, including Indigenous and non-Indigenous people. He walked the walk of reconciliation. Fisheries and Oceans Canada staff have received notes of respect and gratitude from members of the Hupacasath, Tseshaht, Ucluelet, Tlaoquiaht and Uchucklesaht peoples on Vancouver Island, the Wuikinuxv in Central Coast, and the Nisga’a in the Nass. From the interior and Okanagan, tributes were sent from members of the Ktunaxa, Secwepemc, Colville, and the Syilx peoples; all relationships Kim built on trust, commitment, and honest communication.

Kim was such an optimistic force, such a bright intellect, a deeply caring man with incredible energy and persistence amongst so many other qualities. Rarely “lost for words”, Kim also had a unique wit, sense of humour and turn of phrase. His passion was infectious, and he has left a tremendous legacy in his work that will live on both in product and templates for how to work collaboratively to understand and manage Pacific salmon for the many people that depend on them. He has etched a deep desire in me and others to continue being a bridge and to uphold the optimistic view of what is possible when we give nature a chance.

Among Kim’s last wishes were that his ashes and those of his wife Annice be committed to Pipers Lagoon in Nanaimo and to some of the watersheds he devoted decades to study — Osoyoos Lake, Great Central Lake, Sproat, or Kennedy — a final, fitting symbol of his dedication to sustainable wild salmon populations. In the words of his friend Howard Stiff, “If ever you find yourself passing by the Somass River, or floating on Osoyoos, Sproat, Great Central or Kennedy Lakes, you might pause to remember him, you may find him there.”

With love, gratitude and respect, Dr. Sockeye, thank-you for your vision, friendship and legacy.

Consistent with Kim’s suggestions, ESSA has made a contribution to the Tula Foundation (https://tula.org/donate) and the Canadian Aquatic Resources Section of AFS, who presents the Peter Larkin Award for Excellence in Fisheries each year to a Master’s or PhD student each year to present their work at a conference. Cheques can be made out to CARS and sent to Erin Rechisky (1680 Estevan Rd., Nanaimo BC V9S 3Y6, Canada, RE: Larkin Award).